Highlights from last week in Blackwood

The weather on the nights of 22nd and 23rd June promised to be near perfect conditions for moth trapping with high daytime temperatures accompanied by a gentle southerly breeze so I decided to put the trap out on both nights, and proved to be quite productive with 218 moths of 68 species on 22nd and a huge haul of 491 moths of 95 species on 23rd! The only really special moths trapped were migrants, with my first Bordered Staw on 22nd and two more on 23rd. I also trapped the distinctive micro moth Argyresthia conjugella. 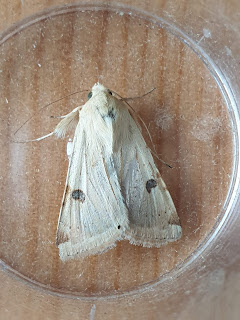 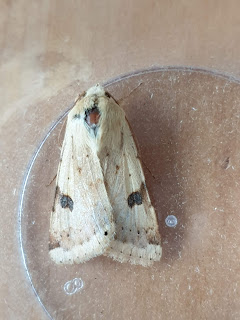 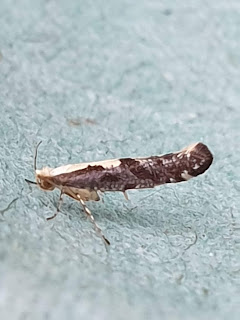 The Monmouthshire Moth & Butterfly Group (MMBG) has provided this blog for anyone who has an interest in moths and butterflies in Monmouthshire (Gwent) - Vice County 35. It contains some information about the presence, distribution and flight times of moths and butterflies in the county (also see the Group's website under other sites) as well as copies of the group's newsletter - the Silurian.