This then submits the records on iRecord and I will then verify those records there.

Posted by Kevin Hewitt at 02:45 No comments:

I put two traps out on Friday evening of 20th May, a 125W MV Robinson in the compound and  a 80W MV Robinson by the back of the visitor centre. But conditions overnight proved unfavourable due to wind and some heavy rain.

The result was a disappointing haul of 30 moths of 16 species, but did include a very smart Chocolate-tip and a couple of Obscure Wainscots. 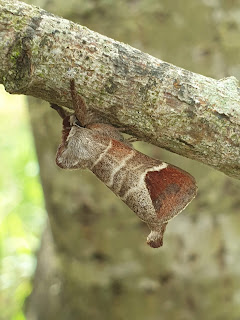 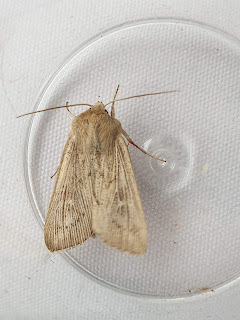 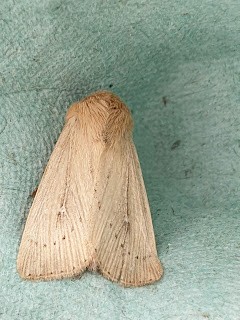 Since the overnight conditions on Saturday looked a lot more promising I put the 80W MV Robinson out in the compound hoping for a better haul on Sunday morning.... and hey presto!  I had 99 mothsof 33 species including a very smart fresh Light Brocade, and two new species for me, Yellow Belle and Cream-bordered Green Pea... and the supporting act included 13 Poplar Hak-moths and 3 Eyed Hawk-moths which the numerous visitors appreciated. 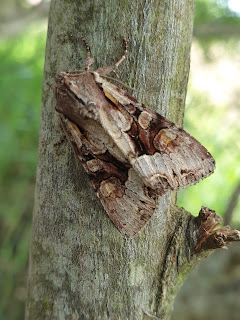 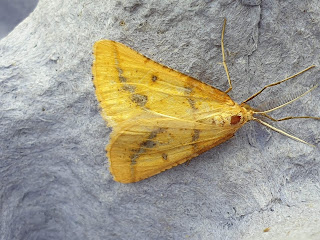 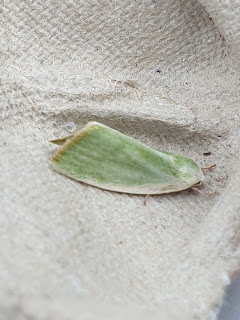 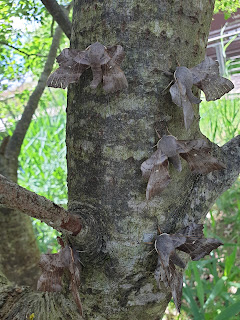 So this is the first National Moth Night in which I have trapped all three nights, and not once in my garden.

Caerphilly County Borough Council kindly gave permission for moth-trapping to take place at its farm in the Sirhowy Country Park and on the evening of the 19th we (Richard Clarke, Kevin Hewitt and Kevin Dupe) set two MV lamps at Ynys Hywel Farm to see what this relatively unrecorded part of the county might deliver - we were not disappointed.  The traps were run between dusk and 1.30am and overall, there were 219 moths of 66 species recorded.  There were a number of highlights including: two migrants (Rush Veneer and Silver Y); a significant catch of Orange Footman (20) and five of both Alder Moth and Scorched Wing; three species of Hook Tip (Pebble, Oak and Barred); and two Maiden's Blush.

It was great to explore a new site and in addition to the moths we were bombarded with May Bugs (c.50), serenaded by both Tawny Owl and churring Nightjar and then escorted off the hillside by a badger.  A very enjoyable evening and a site that will be visited again when we hope to invite MMBG members.

Posted by Richard Clarke at 09:36 No comments:

I spotted this today in a blackthorn Bush at Goldcliff. 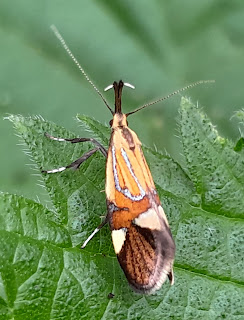 Migrants in this morning's trap in Blackwood 16th May 2022

Having seen how many migrants had been trapped on Sunday night (including several records of Striped Hawk-moth in Wales) I put out my trap on Monday night hoping for migrants, and was rewarded with 6 Diamond-back Moths, 3 Silver Ys, 1 Rusty-dot Pearl and 1 Dark Sword-grass. 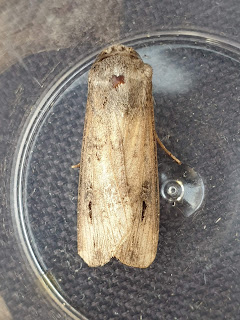 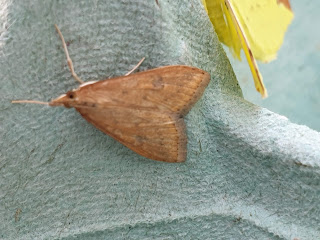 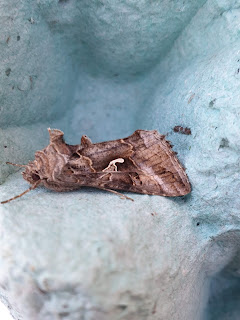 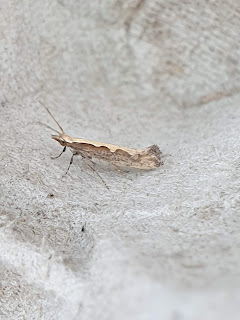 A very good haul of migrants for May in Blackwood.

The supporting cast was not too shabby either, with my first Lime Hawk-moth, Peach Blossom, Scalloped Hazel, Red-green Carpet and Rustic Shoulder-knot of 2022.

Posted by Kevin Hewitt at 00:33 No comments:

Moths at RSPB Newport Wetlands - Sunday 8th May, the best haul yet for 2022

Since I was due to attend a First Aid Course for Volunteers at the Visitor Centre on Monday 9th May, I jumped at the chance to put the trap out overnight in the compound when asked on Sunday. It was one of those 'Bingo!' moments the following morning with 27 species present in the trap including the first Poplar and Eyed Hawk-moths of 2022. Other additions to the year list were May Highflyer, Latticed Heath, Cabbage Moth and a pristine Clay. 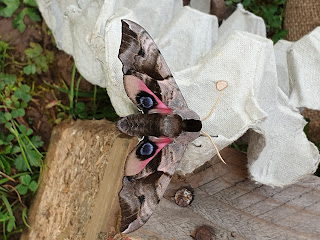 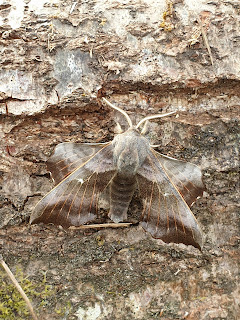 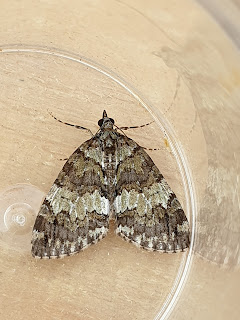 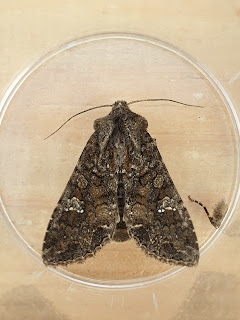 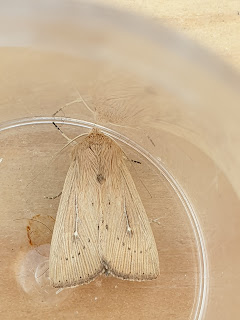 Other highlights were Waved Umber, Chocolate-tip, and the most numerous moth Pale Prominent (8).

And during the lunchtime break for the course I saw a what proved to be too active to photograph Small Yellow Underwing, a new species for me.

Posted by Kevin Hewitt at 09:31 No comments:

Highlights from the previous week in Blackwood

The weather on the night of 9th May was initially promising - with temperatures set to remain in double-figures and plenty of cloud cover, but the breezy conditions meant the haul wasn't quite as great as expected, nevertheless there were enough additions to the year list to keep me contented. The real highlight was a very fresh adult Mullein. 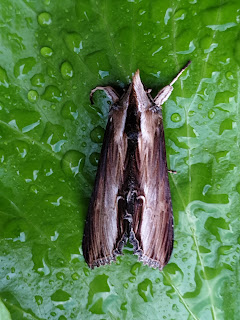 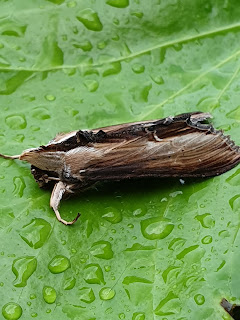 Posted by Kevin Hewitt at 09:17 No comments:

The Monmouthshire Moth & Butterfly Group (MMBG) has provided this blog for anyone who has an interest in moths and butterflies in Monmouthshire (Gwent) - Vice County 35. It contains some information about the presence, distribution and flight times of moths and butterflies in the county (also see the Group's website under other sites) as well as copies of the group's newsletter - the Silurian.