It's always worth putting the trap out on milder nights during late Autumn and Winter, as you never know what's going to turn up (well, apart from postvittana and a few flies!). Hazel took Gwent's first Exapate congelatella in her Tintern garden on 5th November, followed by an immigrant Palpita vitrealis on the 8th (5th site record).

Sam Bosanquet informed Hazel that a second county record of congelatella was taken the following night by Ian Rabjohns, in Penallt. I guess it's possible this species has been overlooked in the Wye Valley. 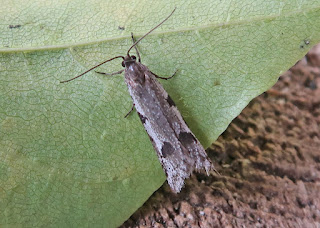 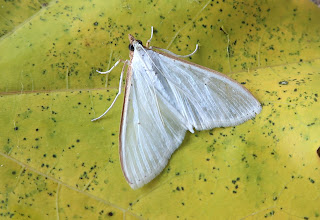