Whenever I visit this site I really have no idea what to expect when doing a survey. Moths turn up that I don't really bargain for, and I suppose it adds to the excitement and curiosity value. I visited early here today to check out a few 'leaf-miners'. I found several on hawthorn and a couple on a Birch. One 'L-shaped' mine on a Birch leaf had me a little perplexed until I went back and read up on it the next day. Apparently, occasionally, Buccalatrix thoracella (Lime Bent-wing) does use Birch as it's foodplant. I have discovered plenty of mines on Lime but this is the first time I have found it on Birch in the county. 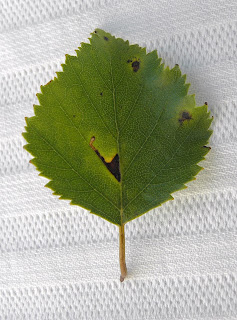 At the light trap later that evening, 60 moths of 24 species were registered. 11 Green Carpet were top scorers but although common, the likes of Dusky Thorn, Canary-shouldered Thorn and Common Wainscot I had not bargained for. Centre-barred Sallow arrived but then a slightly Sallow species arrived. This turned out to be a Sallow. It once again was the first time I had seen one in the Vice County. 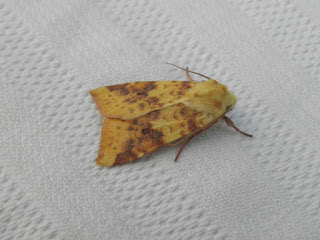 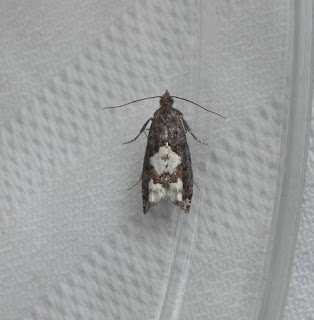 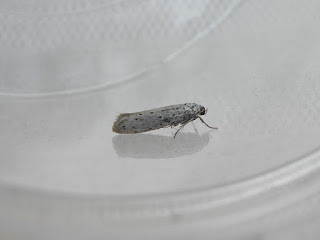 For micro species it was nice to see a couple of different Epinotia arrive with both Epinotia ramella (Small Birch Bell), and a nice Epinotia trigonella (White-blotch Bell). The best to turn up was Yponomeuta rorrella (Willow Ermine). This was a secondary sighting over the last few weeks or so with the first discovery not too far away at Chepstow Park Wood, so linking the two sites.