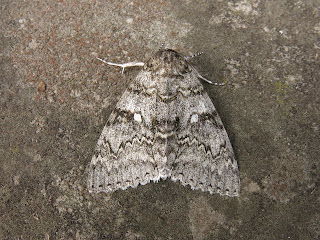 20 years ago I would have laughed at the idea of a Clifden Nonpareil appearing at Dingestow, but over the last couple of years it has seemed an inevitability. The species has (re)colonised Britain since c2010, and more and more Gwent moth'ers have seen this spectacular moth, especially in 2020. I shared their excitement, but secretly felt a bit miffed each time Hazel, Wendy or Ian posted a photo of yet another Nonpareil from their garden. 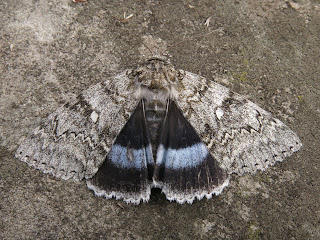 I almost didn't trap on the night of 28th September, because of a heavy cold (thanks kids), but an email from Ian Rabjohns shortly after dusk made me set the MV just in case. Actually seeing a Clifden Nonpareil in the trap at 06:30 this morning was just as thrilling as I had anticipated. Whatever next?! 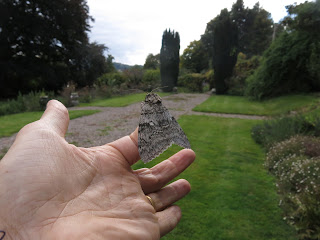