On the night of 7th May, my mother, Hazel Mitchell took a Phycitine (Pyralidae) at 125w MV light that was unfamiliar to her. After reviewing the images of the moth and establishing that the specimen was smaller than Phycitodes binaevella, and with less distinct discal spots, I tentatively identified the moth as P. maritima, on the basis that it looked more robust than P. saxicola (it's closest relative) and with a more rounded costa.

As the two species can only reliably be separated by dissection, Hazel sent the specimen to Sam Bosanquet for confirmation. Sam kindly confirmed the moth as a male Phycitodes maritima - the first confirmed record for Monmouthshire.

It is quite likely that both P. maritima and P. saxicola (only one county record) are overlooked residents in the county, therefore it's well worth keeping hold of any smaller or poorly marked Phycitines for confirmation. 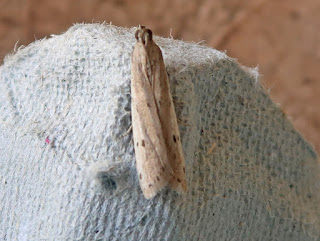 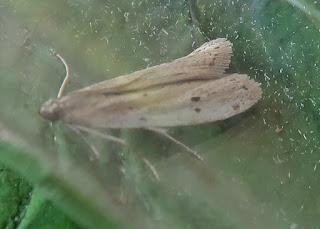 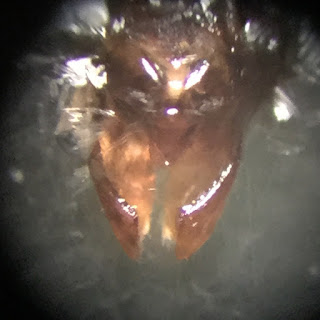