Over the past weeks traveling and trapping around a couple of woodlands a few overwintering micro's have emerged. Some were out of hibernation even before the unusual warm spell encountered towards the end of February.
I have seen them in low numbers admittedly but at least they are out there.
The best of the lot for me was this Red-letter Flat-body- Agonopterix ocellana which I've never seen before at central southern Wentwood. This may be a new site for it possibly, who knows. 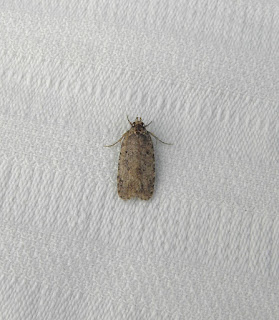 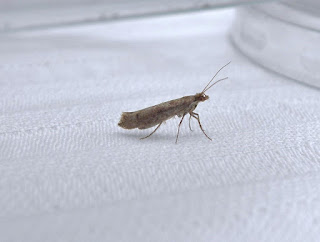 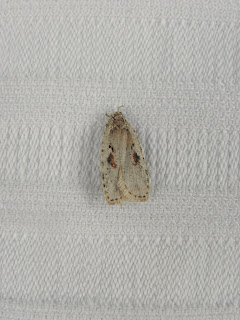 With the Red-letter Flat-body- Agonopterix ocellana feeding on various Salix trees; Willows, I would have thought it would have been more commonly recorded especially around coastal areas and indeed inland, around water courses.